A few facts for yah before you find out how much I’m worth in nickels and dimes. There are two Mints in Canada. One in Ottawa, and one in Winnipeg. The Royal Canadian Mint in Ottawa produces the collector coins and coin sets including hologram coins, glow in the dark coins, uniquely shaped coins, themed coins (history, flowers, animals, birds, bugs, and a couple others), coloured coins, $20 for $20 silver dollar coins, platinum coins, proof sets, and other cool coins. The Mint in Winnipeg on the other hand is a high-volume manufacturing facility. This is where all of Canada’s circulation coinage is produced. Over 40 coining presses enable the production of up to 20 million coins per day. The Winnipeg Mint also produces foreign circulation coins and over the past 25 years, the Mint has produced coinage for over 60 different countries. If you’re a coin collector, they sell coins at the Winnipeg Mint, the Ottawa Mint, and a new Vancouver store. They also have an Online Coin Shop where you can purchase some of the cool coins and sets and have them shipped to you in Canada, the United States, as well as a number of other Countries around the world.

One of the attractions at the Royal Canadian Mint in Winnipeg is a scale which will tell you what you’re worth weight wise in different coins (pennies, nickels, dimes, quarters, loonies, and toonies), as well as different precious metals (silver, gold, and platinum). If you’re interested in figuring out what you are worth in the different coins, but aren’t able to make it to Winnipeg to give the scale a whirl, I weigh about 200 lbs. 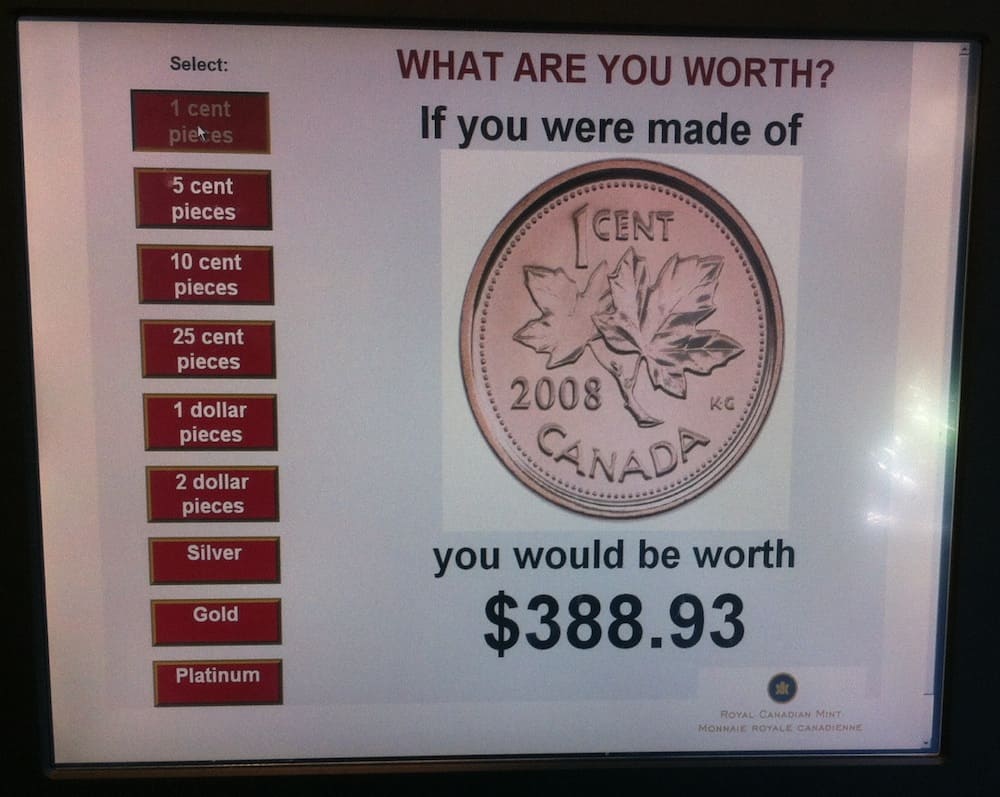 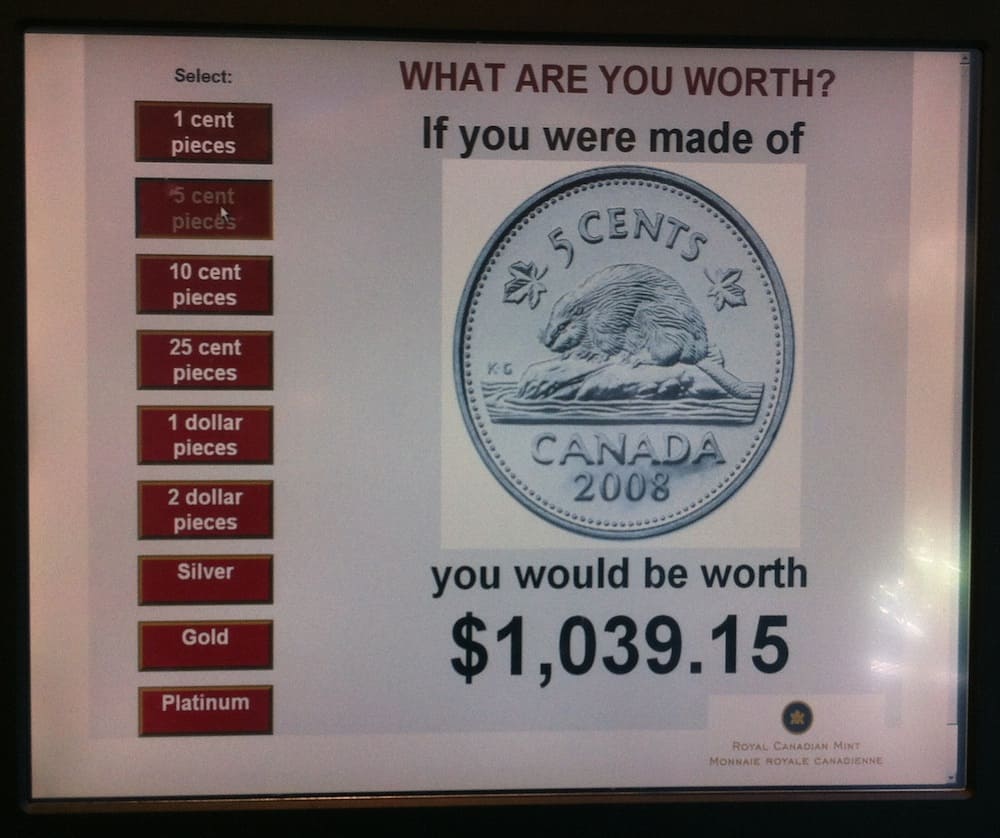 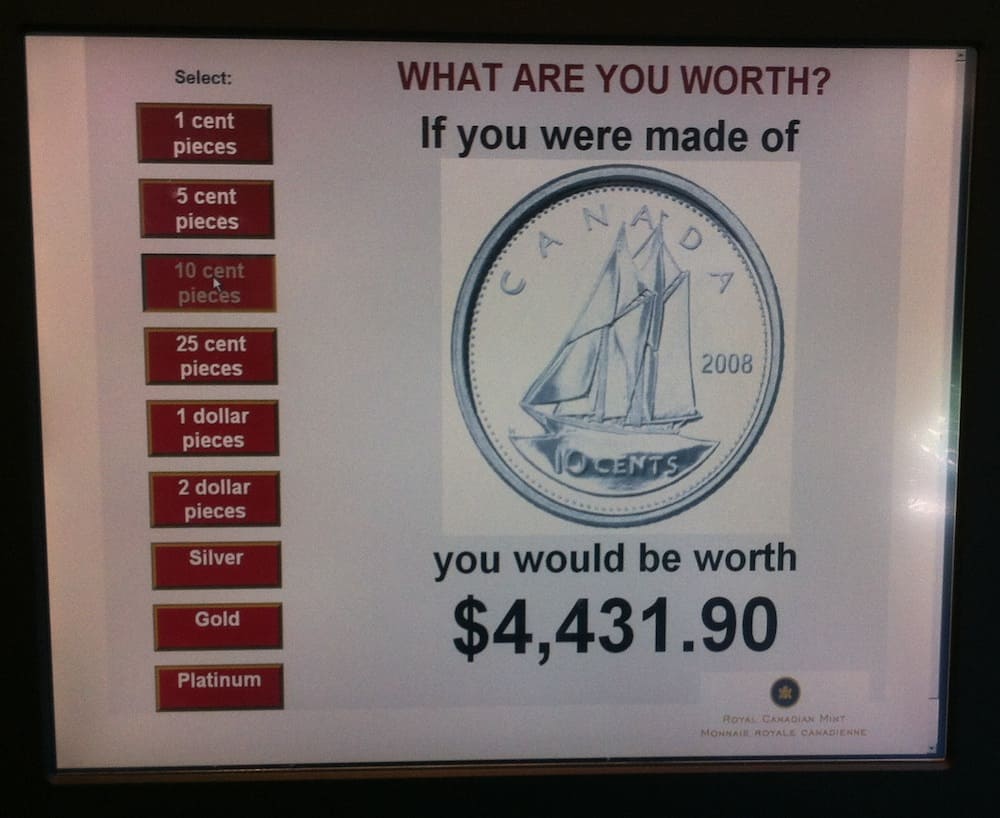 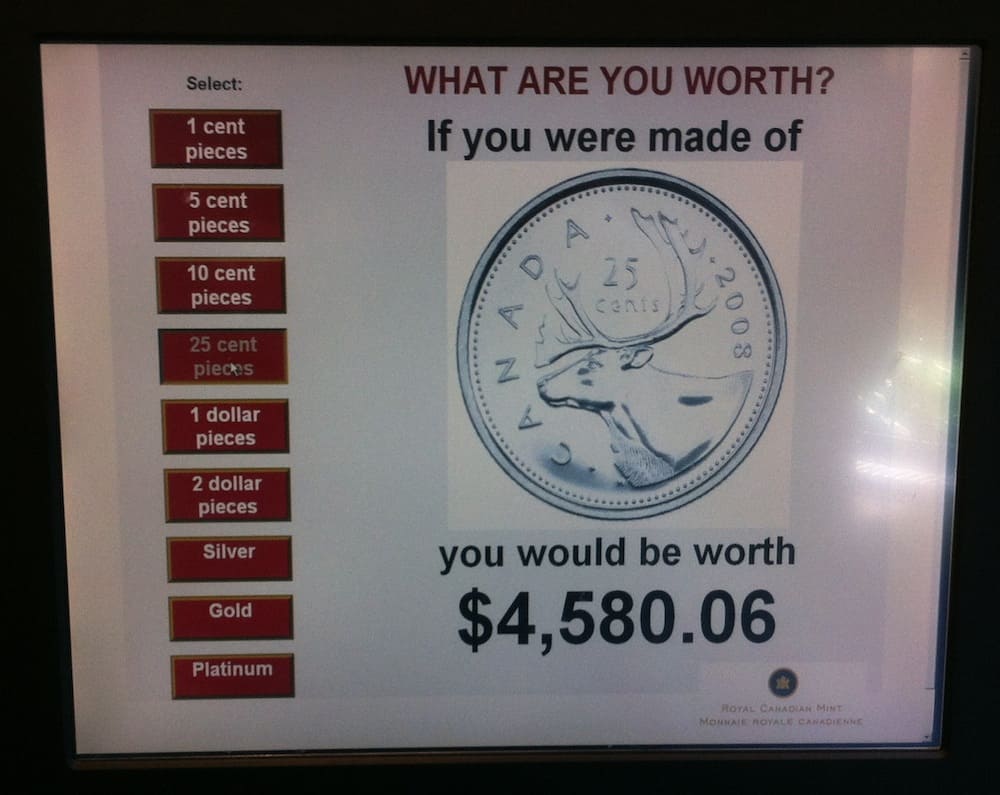 Interesting that I’m not worth a whole lot more in quarters than dimes. 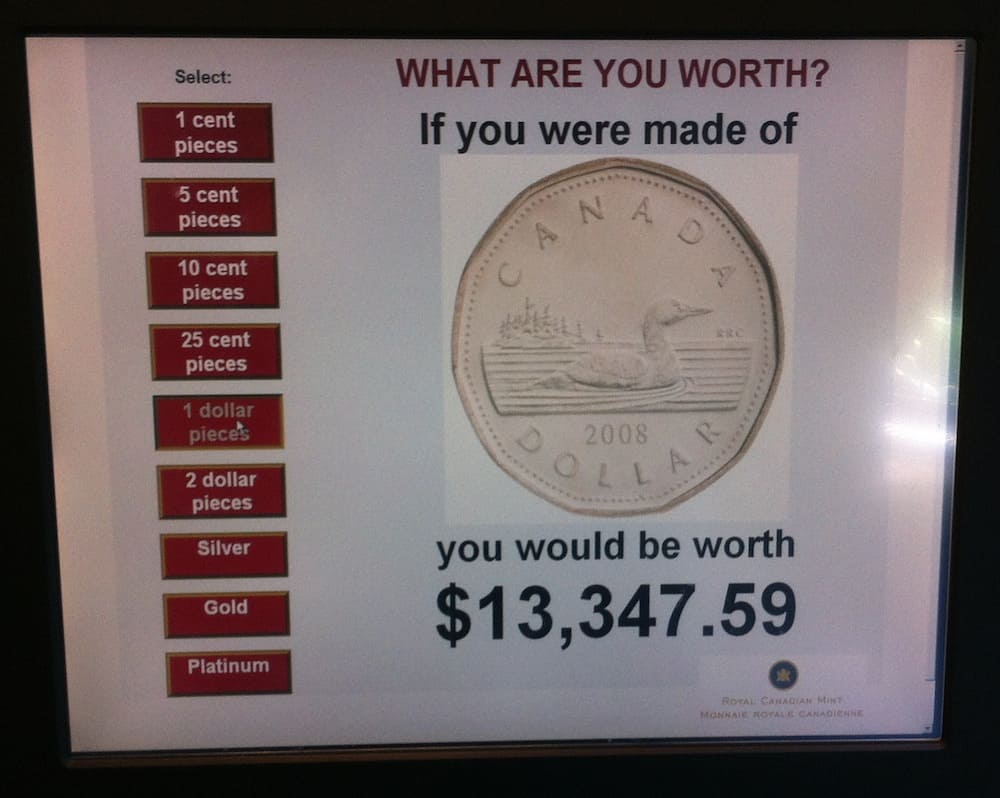 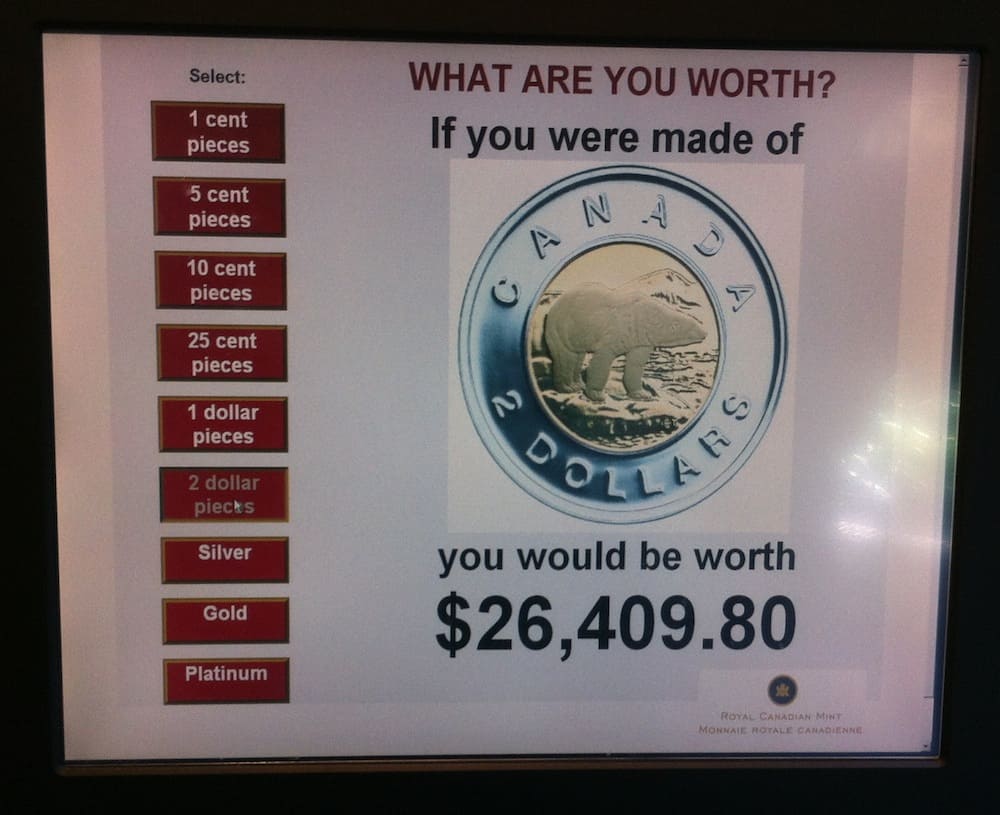 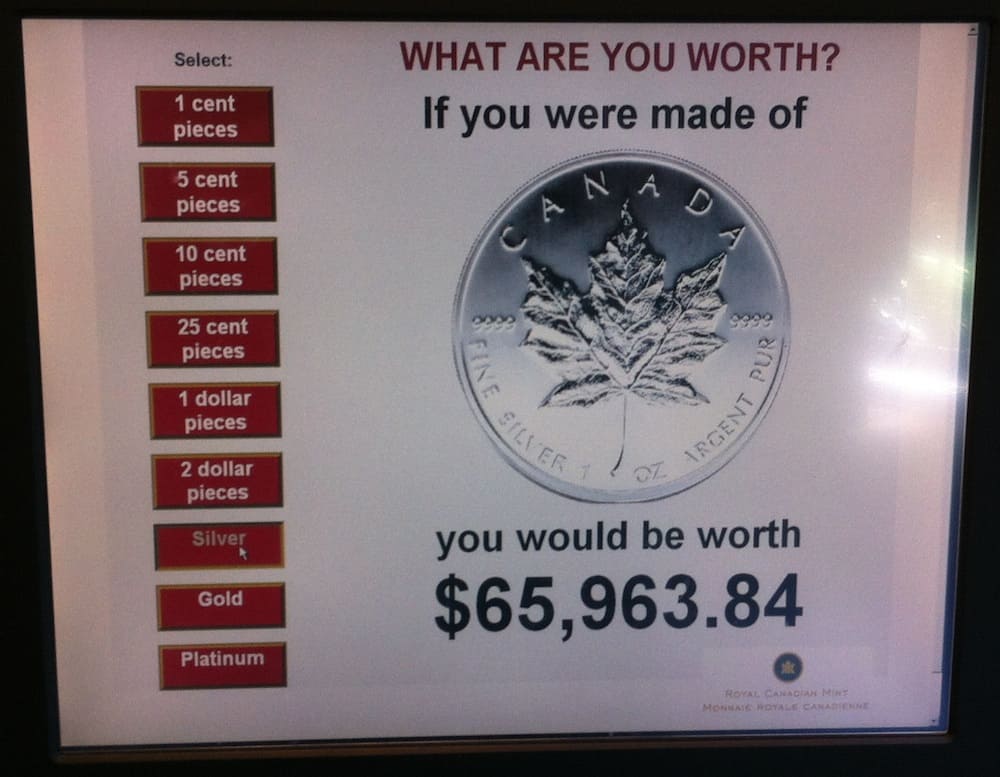 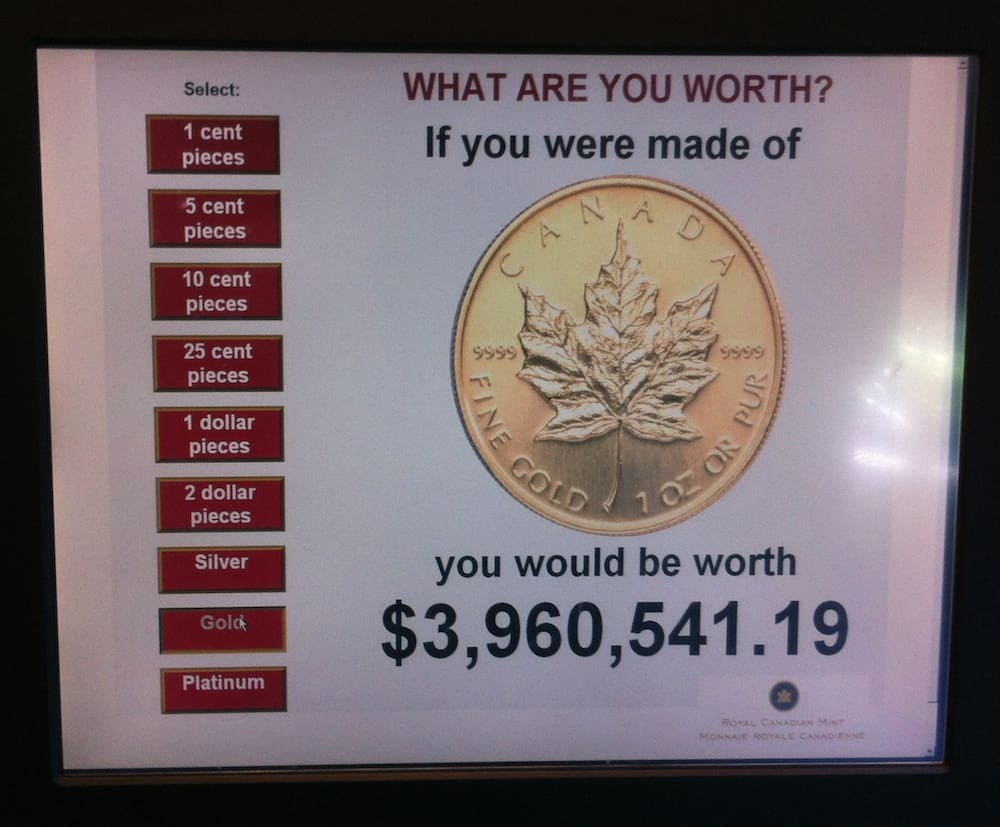 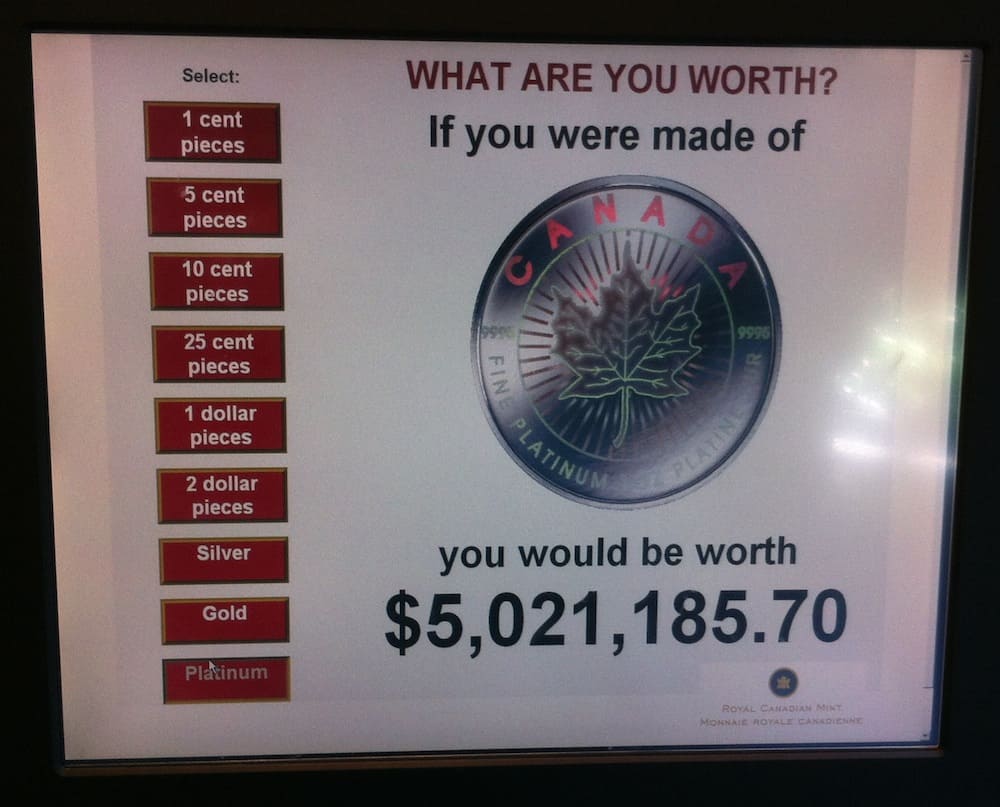